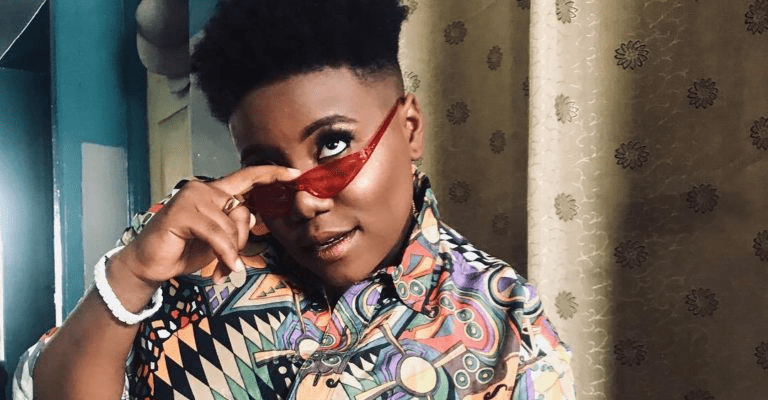 NaijaWhisper earlier reported that Buhari on Tuesday conferred some Nigerian citizens and foreigners with national honours.

The event was held at the International Conference Centre (ICC) in Abuja. This follows the release of the final list of persons proposed for various distinguished honours.

Before or after the conferment, participants were expected to give a handshake to the president, however, Teni ignored the norm.

In the video making the rounds online, Teni walked to the president when her name was called, took the award and walked away.

This however sparked mixed reactions online as many termed Teni’s action disrespectful while others said, Buhari didn’t offer her a handshake.

afizmosope wrote: “I never knew Teni could decend so low to this level. Whoever defend her action here for whatever reason need to be reexamined. If you’re from Yoruba extraction and you’re defending this for whatever reason like I previously affirmed, your background and how you grew up needed to be investigated. Was she forced to come receive a National Award? Why not decline its acceptance rather than this kinda attitude?”

@thatopboy wrote: “Teni no send una president oooo. Love it… na weyrey plenty pass for this app, if she shaked him ( na wahala), she no still shake am,na still wahala”

@sleeksparrow wrote: “Actually, he didn’t extend his hands to shake her”

@deeeeyee1 wrote: “Same thing asa did the last time she was entertaining them buhari.. I think it the way to go now so they will feel the heat also”

I was raised to respect and value men, I don’t see myself as a King – Actress Ini Edo speaks. 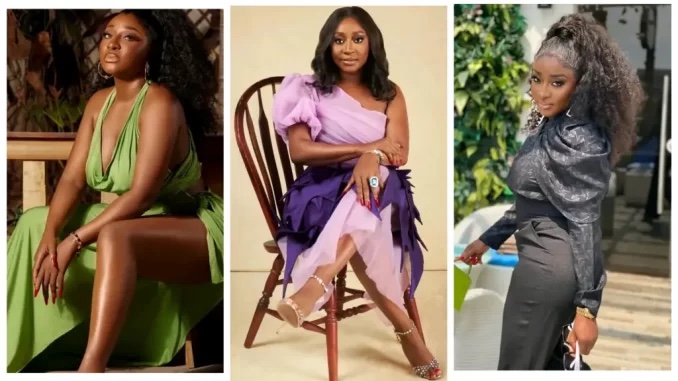 Ini Edo, a well-known Nollywood actress, has admitted that she was brought up to respect and value males.

The actress recently discussed why she doesn’t identify as a feminist.

I’m not a feminist, she declared, but I prefer to rule alone as a queen and let men serve as kings.

Ini Edo revealed this in a recent video, noting that she doesn’t refer to herself as a king like other women because she was raised to value males.

In the statement she made in the video, she said, “I was raised to respect and value men; I don’t see myself as a king like other women.” I’m not a feminist; I prefer to represent both genders because I was raised that way. “I’m not the type of woman who tries to be the king; I prefer to be a queen on my own and let the man be the king.”

“My Uncle is not here, but he is here in spirit” Beyonce says as she receives 32nd Grammy Awards.

Beyonce makes history as she receives her 32nd Grammy award.

Beyonce becomes the most decorated artiste in Grammy’s history.

The singer wins 4 out of her 9 nominations at the 64th Annual Grammy Awards in Los Angeles on Sunday.

Beyonce has broken the record for the most Grammy Award wins of all time, after collecting her 32nd awards, breaking a record previously held by the late composer Georg Solti, who had 31 career trophies.

The singer won the best dance/electronic music album for ‘Renaissance’ at the 65th Annual Grammy Awards in Los Angeles on Sunday.

Destiny Etiko, regina daniels and Other Celebrities Who Moved Their Parents From Mud houses To Mansion (Photos) 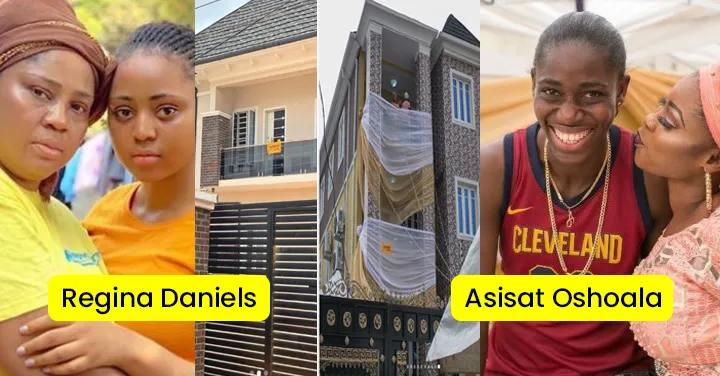 The parents of these celebrities laboured day and night to ensure their children excell and after these kids became super famous, they were able to tell their parents ‘Thank You’ with a lavish gift.

We present 7 Nigerian celebrities who gave their parents the comfort they deserve by building or buying mansions for them.

In 2019, Famous Nollywood actresses Regina Daniels surprised her mom with a duplex she built for her.

According to Regina Daniels, the house was just a token of appreciation for her mother. Did she also gift her father a house? Hmmm..no one knows.

In 2018, Nollywood actress, Destiny Etiko put a smile on the face of her mom by giving her a house as a birthday gift.

Sharing photos of the beautiful house on Instagram, the actresss wrote:

‘In my own little way my BACKBONE….I give to you this little token as your birthday gift for all the love u have shown my siblings and I

. The future will be better age gracefully Sugar. HAPPY BIRTHDAY”

In 2017, Ace comedian, Francis Agoda aka I Go dye did what every good son would want to do for their mum by gifting her a mansion valued at $5.4 million. See some beautiful photos below:

Francisca Ordega is one of Nigeria’s finest female footballers. On the 16th of January 2020, the football star unveiled the house she built for her darling mother.

“Congratulations Mother…enjoy your new home…love you so much sweetheart….you are the best Mum in the world…you deserve the best….I know you are proud of me….now I can marry in peace.”

Asisat Oshoala is like the Lionel Messi of Africa’s women football.The soccer star gifted her loving parents a magnificent home in August 2019.

In 2019, Instagram comedian, Gbovo mad his mum the happiest woman on earth by building a beautiful house for her in Edo State.

In December 2017, popular Nigerian actresss, Chizzy Alichi moved her parents from a mud house to a magnificent mansion as a Christmas gift. 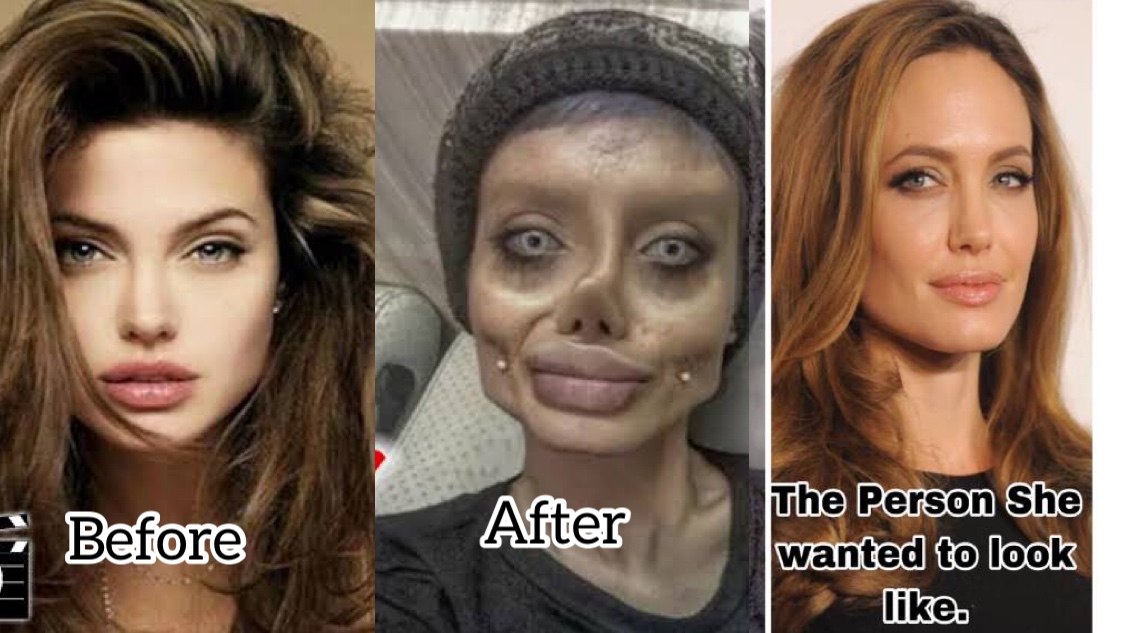 Well, I guess nothing says how much you like a person than wanting to look like them. Below are ten people that went too far just to look like their favourite celebrities. Well, most of them did not end well, let’s take a look at the list below..

This young man is a British make-up artist, who was so obsessed with looking like the popular Kim Kardashian. It would surprise you to know that he has done over 50 surgeries that cost him over $150,000. He spent this fortune just because he wanted to look like a reality Tv star. He went on to proclaim himself as the British Lip King because of his huge lips.

Jordan has faced some health issues in his quest to look like Kim Kardashian. Because of his numerous nose jobs, he started having respiratory issues. Despite how far he’s gone, Jordan insists that he didn’t want to look like Kim at first, but the resemblance just grew on him naturally. Now that’s funny, hahaha.

Who wouldn’t want to look like the handsome Latin superstar Ricky Martin?. Ricky has stunning good looks and you can’t blame people for being so obsessed that they wanted to look like him.

Fran Mariano joined an Argentine reality show known as “Weight Issue”. Fran who was formerly overweight, lost about 200 pounds and people started to tell him that he looked like Ricky Martin, and he took this a bit too personal.

Taking the complements way too personal, Fran decided to undergo 28 surgical operations just because he wanted to look like Ricky Martin. He spent over $14000 on his surgeries. That’s a huge sum he spent on trying to look like someone else.

Donna Marie Trego has made fame for herself after her impressive impersonation of the legendary Lady Gaga. She didn’t stop with just trying to impersonate Lady Gaga, she has spent over $70,000 just to enhance her resemblance with Lady Gaga. Well she’s become a diva herself, so I guess whatever she did is finally paying off.

They underwent over 20 surgeries on their jaw, chin, nose and cheeks, just because they wanted to become the carbon copy of Brad Pitt. Well, to be honest, we can’t say that the final results came out as they had expected, but they still feel that they look very much like Brad Pitt.

Well, even though we can’t judge the choice that people make, sometimes you just have to know when it’s time to stop. Sahar Tabar from Iran did not know when it was time to stop and she ended up looking more like a corpse rather than Angelina Jolie.

Sahar became very popular on social media back in the year 2017 after she posted photos of herself which she looked like the Zombie version of Angelina Jolie. Rumour says that Sahar underwent 50 surgeries.

She tried to defend herself by saying that she deliberately exaggerated the creepy nature of her pictures with the help of make up and the use of Photoshop. Unfortunately for her, the famous IG influencer got her account deleted when she was arrested and sentenced to spend 10 years in prison in the month of December 2020. She was sentenced on the grounds of blasphemy, instigating violence, violating their national dress code and instigating people to commit corruption.

I guess there’s nobody that knows more about expressing yourself than Adam Daniel. Adam’s lifelong passion was to be an impersonation of Madonna. Adam has spent almost $200,000 on surgeries, and he has been able to build a career around being Madonna. He has a drag name known as “Venus D-Lite”. He has even walked the runway of RuPaul’s Drag Race.

Adam has said that the works of Madonna changed his life when he was going through a very bad time, this is why he choose to be like her.

She has admitted that she’s addicted to plastic surgery. She’s undergone over 200 surgical procedures which include altering the colour of her eyes pumping up her chest and also realigning her face.

Herbert Chavez holds the Guinness World record for the largest collection of Superman memorabilia, but that wasn’t enough for him. Herbert wanted to look like superman, so he underwent 13 surgeries and we are not surprised because Herbert has been a fan of Superman since he was 4 years old. Herbert says that he wants to be a source of inspiration to the young ones by bringing a positive role model. He said that he wanted to show children that superman is real and not just a fictional character.

The BTS pop group is definitely one of the most successful pop groups in the world. A die-hard fan known as Oli London was very determined to look like Park Jimin.

Oli went viral back in the year 2018 after he appeared in the British TV show known as “Hooked on the Look”. Oli spent over $200,000 on his surgeries. It’s not just about the looks, Oli also produces his own K Pop songs.