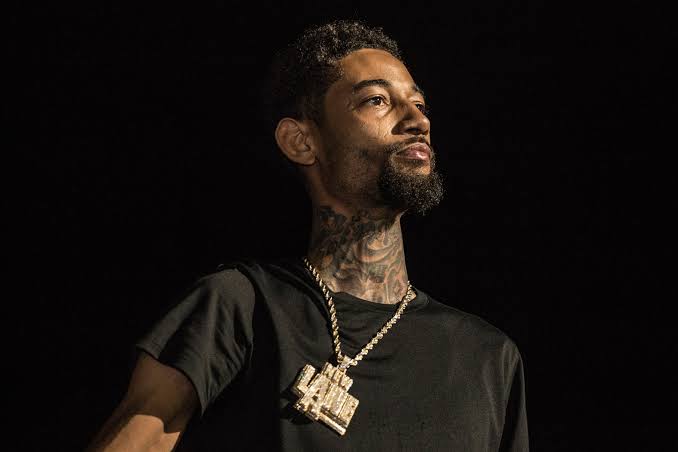 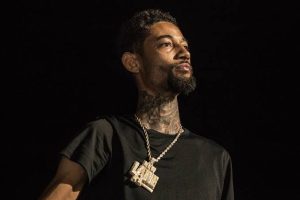 : PnB Rock, the Philadelphia rapper best known for his 2016 hit “Selfish,” was fatally shot during a robbery at the Roscoe’s House of Chicken & Waffles restaurant in South Los Angeles on Monday afternoon, law enforcement sources told The Times.

Los Angeles police Capt. Kelly Muniz said a shooting took place at 1:15 p.m. at the famous eatery on Main Street and Manchester Avenue. She would not identify the victim.

Rock, 30, whose real name was Rakim Allen, had been at the restaurant with his girlfriend, who had posted a location-tagged photo in a since-deleted Instagram post.

Muniz said a suspect brandished a firearm inside the restaurant and demanded items from the victim. Sources told The Times that Rock was targeted for his jewelry.

The victim was shot almost immediately by the assailant during the robbery, Muniz said.

“He shot the victim and ran out the side door to a getaway car and then fled the parking lot,” she said.

Muniz said the victim was taken to a hospital and pronounced dead at 1:59 p.m.

According to a law enforcement source, Los Angeles Police Department investigators are examining security video from inside the restaurant to identify the shooter. They also are checking surrounding businesses to see whether security systems captured any images of the suspect leaving on foot or in a vehicle.

Investigators were processing evidence Monday night, Muniz said. She declined to comment on what was recovered.

Rock was born Dec. 9, 1991, in Philadelphia. He told Paper Magazine he was inspired to make music at age 19 after hearing Drake’s decade-defining album “Take Care.”

Rock’s ability to blend melodies with his rapping made him a natural fit for hip-hop’s next evolution. He gained national prominence with the 2015 single “Fleek,” turning the viral Vine video into an anthem for women doing up their appearance across the country. He went on to collaborate with a bevy of artists, including Ed Sheeran and Chance the Rapper on “Cross Me.”

One of his biggest moments came alongside Atlanta rapper YFN Lucci, when the two joined forces in 2016 for the victorious anthem “Everyday We Lit.” The song peaked at No. 33 on the Billboard Hot 100, the highest-charting song for either artist.

“It’s like, what do you label yourself, when you still infuse rap into your s—?” he told Paper Magazine in 2017. “People can’t say I’m a rapper, but I don’t feel like I’m a singer either. I’m not hitting super high notes and going crazy. I can’t give you Chris Brown singing. I just got good melodies.”

Rock’s death comes as authorities say they are up against a rising trend of “follow home” robberies and other violent incidents.

In February 2020, Brooklyn rapper Pop Smoke, whose real name was Bashar Barakah Jackson, was killed during a home invasion in the Hollywood Hills.

Authorities believe social media posts, including one of a black gift bag tagged with his address, led the assailants to his location.

The LAPD’s Southeast Community Police Station, which covers the area where Monday’s shooting occurred, has seen 34 homicides this year through Sept. 3, compared with 35 over the same period last year.

Rock spoke about prior robbery attempts in Los Angeles during a Sept. 2 episode of the podcast “Off the Record with DJ Akademiks.”

The rapper said he was out with his girlfriend and daughter on Fairfax Avenue “mid-pandemic” when people tried to rob him.

Rock and the host spoke about how robberies targeting rappers seemed to be becoming more common.

“I never got robbed, ever in my life,” Rock said. “I ain’t gonna say never because I don’t like saying never. I’m not superstitious, but I haven’t been robbed.”

“That’s why I feel like L.A.’s spooky, man,” Akademiks said. “It’s just so bold. I’m seeing mad videos, like they don’t even do it at night. Like night maybe, but broad daylight, that’s when they really do it.”

Rock said that after his oldest brother was killed, he changed — becoming more on edge and conscious of how suddenly a situation could turn deadly.

“It’s just been something in me that just let me know, like this s— real life,” Rock said. “I done seen people die. I done been around people that died…. Anybody can die.” 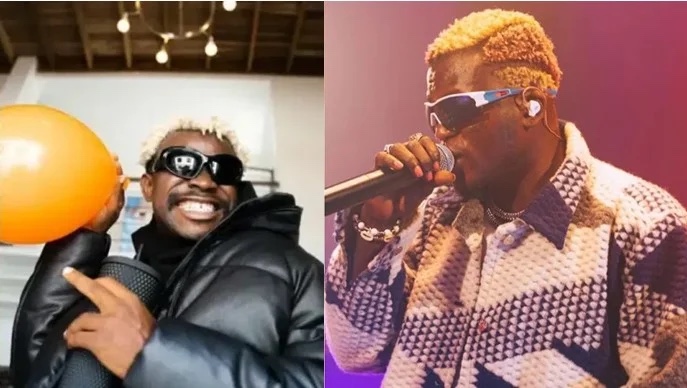