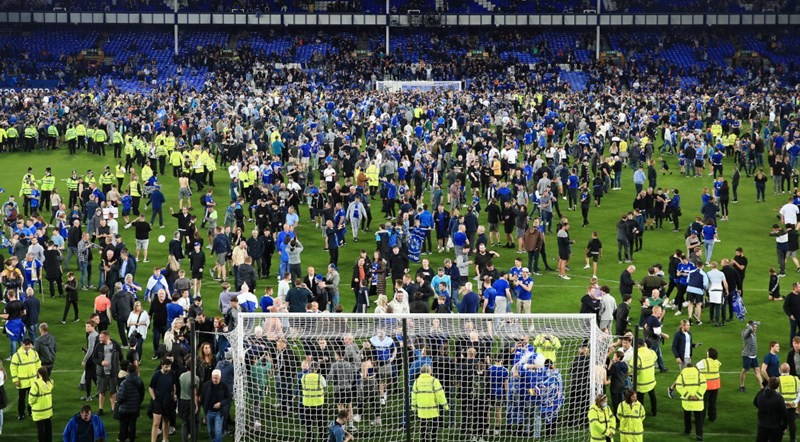 Everton fined for pitch invasions: Everton have been fined 300 000 pounds ($331 920) by the Football Association (FA) for their supporters’ behaviour during last season’s Premier League win over Crystal Palace at Goodison Park when there were two pitch invasions.

Everton fans invaded the pitch following Dominic Calvert-Lewin’s 85th-minute winner and at the final whistle in their 3-2 victory over Palace, which secured their top-flight survival.

“Everton FC admitted failing to ensure that its spectators – and all persons purporting to be its supporters or followers – conducted themselves in an orderly fashion and refrained from using threatening and violent behaviour whilst encroaching onto the pitch area,” the FA said in a statement on Friday.

Palace manager Patrick Vieira was confronted by a fan when he was walking towards the away dressing room after the final whistle.

The fan appeared to provoke Vieira with hand gestures, after which Vieira kicked him to the ground and had to be led away by other supporters.

Both parties declined to make a formal complaint and Merseyside Police declined to file charges after an investigation. Vieira was not charged by the FA for the incident.

In July, the FA, Premier League and Football League announced stricter sanctions for pitch invasions and the use of smoke bombs and pyrotechnics after an increasing number of pitch invasions at the end of last season.